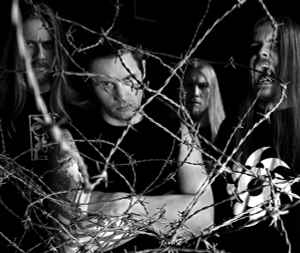 Zyklon was formed around 1998 by Emperor's Samoth (guitar). Former Emperor drummer Trym was soon asked to join and the two wrote material, but were not able to record anything until 2000 when Destructhor (guitar) from Myrkskog joined the band. Their debut album "World Ov Worms" (2001) was produced by Thorbjørn Akkerhaugen in Akkerhaugen Studios and featured Daemon from Limbonic Art, who became a permanent member afterwards, and Fetish queen Persephone. All lyrics were written by Bård "Faust" Eithun.

After getting a record deal with Candlelight Records, they hired a bassist, Cosmocrator, for live shows and recorded "Dominate" for the Morbid Angel tribute album. Daemon eventually left the band and was replaced by Sectdamon (vocals, bass). In 2003 the band released "Aeon", which showed that they were heading towards Death Metal sound.