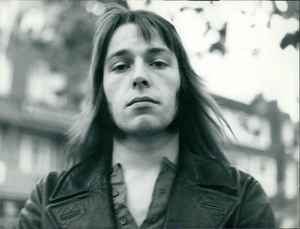 Real Name:
Simon Frederick St George Kirke
Profile:
Simon Kirke was born in Lambeth, South London, England on July 28, 1949 and spent his first seventeen years living with his parents and two brothers in a primitive cottage, in the very small village of Clun in Shropshire, England, which had no electricity or running water. As a child, Simon sang the solo lead in his church’s Christmas performance of ‘Once in Royal David’s City’ each year, which gave him an introduction to music, and fostered his interest in playing the drums.

For his 13th birthday Simon got his 1st small kit and his first full drum kit at the age of 15. He began performing in local clubs and pubs around the area in a homespun disco playing to the records of current and past rock and roll hits, and soon joined a band called The Maniacs. The band played throughout the area, won a talent contest, and experienced their first taste of publicity. He eventually left The Maniacs and formed a trio called Heatwave where he sang and played drums – long before Phil Collins, as he loves to say!

Determined to be a full-time drummer, Simon left school at the age of 17 and moved to London. He held down a several menial jobs and in early 1968, Simon Kirke joined Paul Kossoff of the blues band Black Cat Bones as their drummer. Simon and Paul Kossoff left the band a few months later, and soon formed the group Free with Paul Rodgers and Andy Fraser.

In the four years Free were together they had an enormous influence on many bands on both sides of the Atlantic. Their biggest hit, "All Right Now", was a number one in more than 20 territories and was acknowledged by ASCAP (American Society of Composers, Authors, and Publishers) in 1990 as having received more than 1,000,000 radio plays in the US by late 1989. In 2000 an award was given to Paul Rodgers by the British music industry when "All Right Now" passed 2,000,000 radio plays in the UK. Free eventually disbanded in 1973.

Although mainly known for his drumming, Simon is a songwriter and he is also singing, plays guitar, piano and saxophone and has recorded three solo albums.