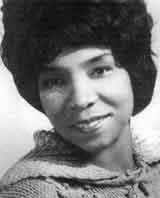 Profile:
b. August 1, 1942 in West Palm Beach, Florida, U.S.A.
Jean cut her first two records for local Philadeplhia label Quaker Town in 1964. After a brief stint at ABC records the year after, which resulted in just one 45, she moved to Morris Levy´s Calla records in 1966 or 67 where she had the bulk of her material released. Over the next two years she released eight 45s and one LP ("Here Comes Jean Wells" ) on the Calla label but to little avail.
Variations:
Viewing All | Jean Wells
J. Wells, Jim Wells, Wells