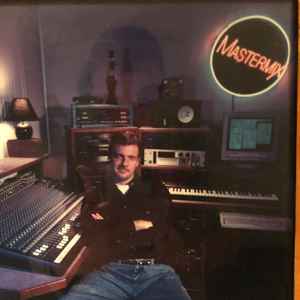 Real Name:
Robert E. Pettibone Jr.
Profile:
Born in New York City the 10th of July 1959, he is a DJ, producer, mixer and remixer whose work in the 80s and early 90s has had a lasting impact on dance music.
He first came to wide attention with his work with Arthur Baker on Afrika Bambaataa & The Jazzy 5's "Jazzy Sensation". He also worked as an in-house mixer for Prelude Records and Salsoul Records and his work can be heard on classics like Loleatta Holloway's "Love Sensation".
At the same time as his recording career was taking shape, he was also producing innovative 'mastermixes' for KISS FM, New York. These became so popular that Prelude Records even released some of them commercially.
Shep Pettibone was also innovative in his approach to remixing tracks. He would break a track down into its components and then combine these components into longer, more club-friendly tracks for the dancefloor. He soon became in demand for his remix work and worked on remixes for many well-known acts such as Pet Shop Boys, New Order, Janet Jackson, Cathy Dennis, Madonna, George Michael and Erasure, helping them achieve club and chart success.
He left the music industry in the mid-90s, and is now operating the Empress Hotel in Asbury Park, New Jersey.
Sites:
sheppettibone.com, Facebook, instagram.com, MySpace, SoundCloud
Variations:
Viewing All | Shep Pettibone
Pettibone, Pettybone, Robert "Shep" Pettibone, S Pettibone, S. Pattobone, S. Pettibone, S.Pettibon, S.Pettibone, Shep, Shep Pattibone, Shep Peffibone, Shep Peffinone, Shep Petibone, Shep Petitbone, Shep Pettibane, Shep Pettybone, Shep/Pettibone, Shepp Pettibone, Ship Pettibone, シェップ・ペティボーン

June 3, 2020
Innovative remixer during the 70s disco and 80s synth-pop tracks.
But most of his remixes won't enter in the hall of fame. Why ? Because he remixed mainly commercial pop tracks and even if its sound was innovative in the 80s, this sound is old fashioned now, and I'm not sure he would have competed with 90s DJs.
In the same category, I prefer Francois K by far.
See 2 replies

March 3, 2019
This man changed the entire musical landscape of the 80s and 90s, and yet his name is known by so little
See 1 reply

January 6, 2019
they really should do a documentary on this man!!! has one been made? someone drop a link
See 2 replies

November 18, 2016
The should be a series of CD compilation for the mans work representing the 12" remixes which are so good!!
See 1 reply

Does anybody know if there's more info about him out there, like a full biography? Very interested in his career.

The only thing I've read is his billboard interview about the 20 years anniversary of Vogue. Comes off as quite full of himself but I would be too!!
See 1 reply

shep should come from retirement and bring his classic flavour to present day artists,interesting it would be to see Mr Pettibone Remix Britney spears,Lady Gaga,ace of base,etc etc etc etc etc etc or even Madonna!!.......Classic music remixer he is but will never forget his weak remix of into the groove for madonna, without a doubt,a truly classic mess

April 6, 2015
Since nobody has taken the time to review Mr. Pettibone, let me be the first. I literally grew up on Shep Pettibone remixes. After discovering the concept of the 'extended remix' thanks to his work with Pet Shop Boys from their first EMI releases through New Order, Depeche Mode and more, I always expected quality when I saw Shep Pettibone in the credits. Somehow he always gave you more of what you loved about the original radio track for double the time, yet left you still wanting more. 'Always On My Mind', 'Something About You', 'Bizarre Love Triangle', 'True Faith', 'Behind The Wheel', 'It's Tricky', 'True Blue'... the man left his indelible stamp all over the best tracks in 80s pop. It wouldn't be too far off to call this guy a legend.