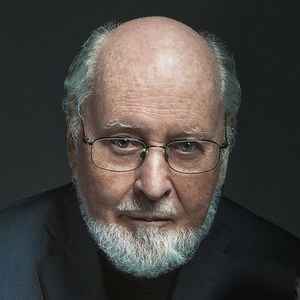 In a career spanning six decades, he has composed some of the most recognizable film scores in the history of motion pictures. Williams (often credited as "Johnny Williams") also composed the theme music for various TV programs in the 1960s. Williams was known as "Little Johnny Love" Williams during the early 1960s, and he served as music arranger and bandleader for a series of popular music albums with the singer Frankie Laine. His most typical style may be considered Neo-romanticism, with a notorious use of letmotifs and orchestral grandeur (most iconically in the Star Wars saga), but he has made also incursions in Impressionist, Expressionist or Experimental music, and also in progressive Jazz (his father was a jazz drummer and he began his career as a jazz pianist, often working with Henry Mancini).

Williams has won five Academy Awards, four Golden Globe Awards, seven BAFTA Awards, and 21 Grammy Awards. As of 2006, he has received 45 Academy Award nominations, an accomplishment surpassed only by Walt Disney. His longtime collaboration with producers Steven Spielberg and George Lucas has been very fruitful and contributed to the growing popularity of score music. John Williams was honored with the prestigious Richard Kirk award at the 1999 BMI Film and TV Awards.

The Nicolai Tesla(not the auto manufacturer!) of movie soundtracks a one of a kind genius with Jerry Goldsmith and Ennio trailing behind. His scores to Star Wars and Indiana Jones are the apex of movie music and will stand the test of time just as Bach's music has.

May 6, 2018
This men, is a monster, a master, all respect for him. a musician who knows how to transmit feelings with each melody that creates.

He composed the best movie tracks on earth.. Who doesn't know the imperial march of Star Wars... Who doesn't whistle the theme of Indiana Jones... And the grand opener of Jaws.