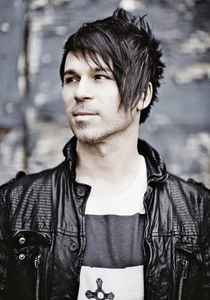 Don't get me wrong. The man is my hero. Literally. Brian has my utter respect and is responsible for blowing my mind off regarding music production and sound design. In 2010/11 I heard These Hopeful Machines and my life has never been the same since. He is clearly light years ahead of everyone, when he wants it. And still somehow underrated.

And believe me I'm not one of those 'aah those were the days' nostalgic kinda guys, totally against anything contemporary. Lots of really great stuff is being released today. And I freakin' loved 'The War' from the first listen, but that's about it on his last album.
I just want my art to have essence. Let me elaborate.

His productions got to a point of sounding like plastic for my taste but technically still on the highest level, the music is empty though – meaning neither can I associate myself with any feelings expressed here, if those can be called such, nor listen to these tracks more than once, not even in full. No one is gonna tell him that in his cozy fan-infested instagram lair of course, at the risk of being ostracized.. Technical prowess can never replace the 'heart' of an artwork. Chris Nolan's movie Tenet is a recent proof of that (I'm sure Brian loved it, ha). Underscore '_' had its cool moments, but more recent 'abstract/ambient' albums on Black Hole were perfectly passable as well. No more 'set in stone' feel to them, let alone replayability. Just harmless background EDM for IT nerds or something... Also, my 2 cents as a photographer/designer: the lighting of cover photography is awful, making him look like a Mexican junkie as someone on Russian music forums said.. Compare this cover to his older albums – less 'me', more beauty, concepts, and mystery. Yeah I know that Black Hole as a big label probably requires you to put your face on the cover..

Overall I feel that 'passability' is the zeitgeist of our modern age and BT, having struggled all his life to be recognized for his efforts (just listen to 'Forget Me' for example), currently more or less resting on his laurels and enjoying well-deserved respect (no offence to the hard work routines of the man), can't get his unique inner voice back to go against the grain, or maybe he doesn't want to at all.

For music to have essence and nutritious filling the creator should obviously have access to corresponding experiences to reflect them in sounds; and that's why productions from 'the crazy 90s' often feel timeless and fresh and set in stone (yes, lots of garbage as well) – different age, different feel, different people, daring to dive into the unknown. I find myself returning to the 'dirty' sound of oldschool more and more often. Damn it, just blast 'Fibonacci Sequence' on proper speakers or headphones at full volume. It's filthy, it's sexy, it's dangerous! (featured on one and only Parks & Wilson BBC Radio 1 Essential mix from 2000). I guess our lives are becoming increasingly plastic, safe and predictable and that's obviously being reflected in music productions.. It's just that some accept that and settle down while others seek deeper and more profound experiences and sounds. To each their own.

April 4, 2018
Whatever happened with BT & Sasha's The Real World Session? Why was it removed?
Reply  See 2 replies Notify me 6 Helpful

February 9, 2017
Been a fan of his for a long time. Just wanted to say: I hate "dubstep" but whenever BT implements the genre in his music, he does so in a very cool and seamless way. For example, "Letting Go" from "A Song Across Wires". The dude definitely knows how to mix genres like nobody else.
Reply  See 1 reply Notify me 5 Helpful

January 31, 2015
BT is a well known pioneer of trance music of the 1990s. His focuses have changed around the mid-2000s, and certainly not always for the better. Just like many of his caliber (Armin Van Buuren as one example), his latest works reflect pursuing a life of a rockstar rather than making fresh innovative tracks. Still, BT helped lay out the foundations that other trance and progressive house artists would learn from and be inspired by. I recommend his 1990s and early 2000s works, those are his greater achievements when he wasn't jaded nor hypnotized by common gimmicks.
Reply Notify me 10 Helpful

January 16, 2015
Been listening to BT for over 15 years now. I was immediately hooked after hearing Mercury and Solace for the first time. I bought up everything I could that had his name on it at the time and never looked back. His music inspires, mesmerizes, and relaxes. It pumps, rejuventates, and is down right fun. He has had his blunders, but makes up for it in spades.

Please note that BT is not a DJ, he is a producer. He is one of the finest producers in electronic music today and quite possibly in the last 20 years. He is truly innovative and he is always raising the bar for himself and fellow musicians as well. Give this guy a listen, you won't regret.
Reply Notify me 4 Helpful

October 25, 2013
BT has been my number one dance artist for at least 10 years. I have always found the right hour in the day to listen to him, be that 5am to chill after a party, or 7pm to rev up for a night out. His style of music ranges far and wide across the electronic genres, with influences clearly felt in some songs, (the quite tribal sounding "Memories on the sea of forgetfulness"). I find with his music,it very much evokes imagery in your mind as you listen, Flaming June, and Dreamer being examples of this. I could gush here for hours, but ultimately the most I can say is:
Clear your mind.
Just Listen...
Reply Notify me 4 Helpful

If this assumption is true, then BT is a producer at heart. As a DJ he was never much of anything, but he has made a career out of innovating electronic dance music.
Reply Notify me 3 Helpful