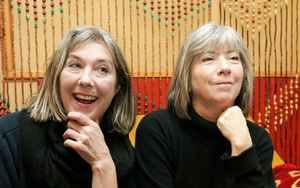 Profile:
Kate & Anna McGarrigle were a Canadian singer-songwriter duo consisting of sisters Kate McGarrigle and Anna McGarrigle, who performed together up until Kate's death on January 18th 2010.

Kate & Anna began their career as members of Montreal folk groups Mountain City Four (MC4) and Le Trio Canadien in the 1960s. After having had some initial success as songwriters during first half of the 1970s, the sisters released their first album on the Warner Bros label in 1975. They would go on to make another 10 albums in the next 30 years. A compilation album consisting of unused material, mainly from the 1970s, was also released by Anna McGarrigle alone shortly after her sister's death.