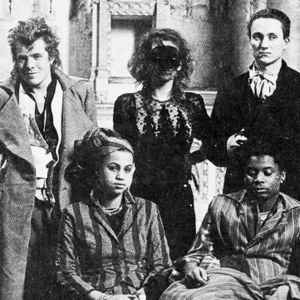 Profile:
Evolving out of Bristol's The Pop Group, Rip Rig And Panic was formed in 1981, taking its name from an album by Roland Kirk. The group's primary members were multi-instrumentalist and songwriter Gareth Sager, vocalist Neneh Cherry, drummer Bruce Smith, bassist Sean Oliver, and pianist Mark Springer (3). They performed at the first WOMAD festival in 1982 shortly before Cherry returned to Sweden to have her first baby. Sean Oliver's sister Andrea temporarily took over vocals and Louis Moholo joined on drums.

October 2, 2022
‘Attitude’ is my alltime favourite album, from a time of grey macs and Joy Division clones, it was so different. My alltime favourite bands are Rip Rig + Panic, Cabaret Voltaire, X-ray Spex and Poisonous Cxnt, in no particular order.

August 24, 2020
I saw them in 1981 at Sussex University. The poster advertised them as 'Rig, Rip & Panic". I've got one somewhere as I nicked it after the gig. I can't remember anything about the night apart from I shouted for "Knee Deep In Shit" and one of the band said "yes, we are".

July 21, 2018
I dispute the fact that they played the first WOMAD in 1982...I'm sure that they cancelled at the last minute to be replaced by the godawful Haysie Fantayzee!