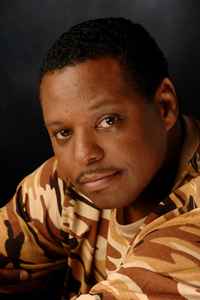 Real Name:
Jesse Saunders
Profile:
Jesse Saunders is a House Music pioneer. First, as an addition to the band Z-Factor, Saunders wrote and recorded the 1983 single (released in March 1984) "Fantasy" for Mitchbal Records. He then founded his own record label Jes Say Records and released "On And On," (in January 1984) that release is said to be the first house record. Many years prior to this, Jesse had been editing and recording on reel-to-reel tape machines. He was also founder of Chicago's Dance Mania before handing it over to Raymond Barney in 1986. He maintained his legend status in Chicago despite leaving for the West Coast and a major-label production deal with Geffen Records by 1986 (well before the scene exploded around the world). There, Saunders began recording more R&B-oriented projects (like Jesse's Gang) meanwhile remixing and working production for various pop artists. In 1996, with the release of "Take Me Higher", he formed Broken Records (3). Through Broken Records he has released the timely hits "What's This FX", "On & On 2003", "I Hear House Music", and "Now That We Found Love". He continues to tour and break new artists through this entity.
Sites:
jessesaunders.com, Facebook, BrokenRecords.us, MySpace, Twitter
Aliases:
Fresh (2), Jes Say, Le' Noiz, The Browns, The Force
In Groups:
Brothers By Music, Jesse's Gang, Midnight (2), Z-Factor
Variations:
Viewing All | Jesse Saunders
DJ Jesse Saunders, J Saunders, J. Sanders, J. Saunders, J.Saunders, Jess Saunders, Jessay, Jesse, Jesse Sanders, Jesse Sounders, Jessey, Jessie Saunders, Saunders, The O.G.s