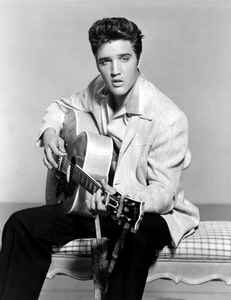 Presley is one of the most celebrated and influential musicians of the 20th century. Commercially successful in many genres, including rock 'n' roll, pop and gospel, he is the best-selling solo artist in the history of recorded music with estimated record sales of more than a billion units worldwide. He won three Grammys, also receiving the Grammy Lifetime Achievement Award at age 36, and has been inducted into a.o. Rock and Roll Hall of Fame, Country Music Hall of Fame, Rockabilly Hall of Fame and Gospel Hall of Fame.
He is often referred to as "The King of Rock and Roll", or simply, "The King".

June 14, 2021
instead on looking at the list do a search "Elvis Presley + Album title" it usually shows up

September 13, 2019
It seems to me that Elvis 'discography is missing Elvis' Golden Records, Vol. 4
See 2 replies

September 13, 2019
It seems to me that Elvis 'discography is missing Elvis' Golden Records, Vol. 3
See 1 reply