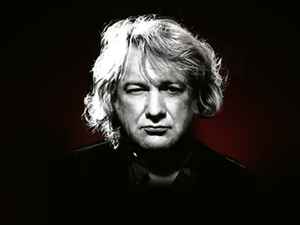 In 1970 he (drums/vocals) formed the group Black Sheep together with his brother Richard (guitar) and Bruce Turgon (bass).
In 1976, out of approximately 50 singers that audition for guitarist/songwriter Mick Jones, he was chosen as the lead singer of what would become the successful hard rock group Foreigner.
Thirteen years and numerous Top 10 hits later, he left Foreigner in 1989 after having some solo success and formed the rather short-lived group Shadow King in 1991. In 1993 he re-joined Foreigner.

In the spring of 1997 he was diagnosed with a benign brain tumor; surgery preceded a year of rehabilitation and radiation treatment. He made a full recovery and resumed touring with Foreigner in 1999.

In 2003 he once again left Foreigner and in January 2004 he formed the Lou Gramm Band with his brothers Richard (guitars/bass) and Ben (drums) along with Don Mancuso (guitars) and Andy Knoll (keyboards).