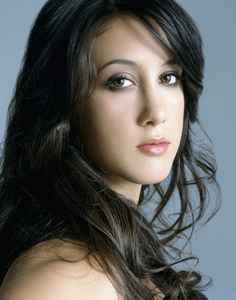 Real Name:
Vanessa Carlton
Profile:
Birth Date: 16 Aug , 1980
Vanessa Carlton was born on August 16, 1980, the first of two daughters born to Ed and Heidi Carlton. Raised in Milford, Pennsylvania, her mother was a piano teacher, and exposed Vanessa to classical music from a young age. By age two, she began playing the piano, and at age 9 became obsessed with ballet. She joined the School of American Ballet at age 14, living in a dorm at Lincoln Center and enrolling in the Professional Children's School. During her time at the academy, she continued playing the piano and writing songs, nurturing her blossoming songwriting skills. Upon graduation, she moved to Hell's Kitchen, where she waitressed five nights a week and performed at local clubs on open mic nights, honing her craft and developing a stage presence. At home, she would often stay up until 4 a.m. recording demos on a four-track machine, and was signed to A&M Records in 2001. Her first video, for the song "A Thousand Miles," was released even as she continued recording her debut album, and it became an instant smash on MTV, as well as cracking the American Top Ten. This lead Rolling Stone magazine to name her as one of the 'Top Ten Artists to Watch in 2002.' Her debut album, titled 'Be Not Nobody,' was released in April of 2002, and her second single, "Ordinary Day," was both a hit on the charts and with MTV viewers, via the video she made for the song. She'll spend the rest of 2002 and early 2003 on tour, and then plans to enroll in Columbia University full-time in the fall of 2003. Carlton maintains she'll have no problem juggling a music career with a full plate of school studies.
Sites:
vanessacarlton.com, MySpace
In Groups:
Gap Holiday
Variations:
Viewing All | Vanessa Carlton
Carlton, Carlton, Vanessa, V. Carlton, V.Carlton, Vanessa Charlton