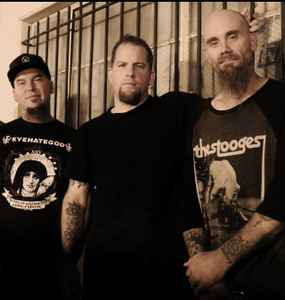 Profile:
Band formed in 1997 by Queens of the Stone Age bassist/singer Nick Oliveri.

It was initially intended as a solo/side project. The classic "Cocaine Rodeo" album was recorded that same year, but shelved until the Southern Lord label released it. The follow-up, "A Drug Problem That Never Existed," was released jointly in the Summer of 2003 by Ipecac/Rekords Rekords. A worldwide tour followed and was chronicled on video for the DVD release "Use Once and Destroy Me".

In 2004, they recorded and released "III The EP." Oliveri began a solo acoustic career shortly after. In 2006, they released "Dead Planet: SonicSlowMotionTrails" on English label Mother Tongue. It would be released worldwide the following year on Suburban Noize Records. In late 2010, they were put on a back-burner as Oliveri rejoined Kyuss Lives!. In summer 2012, they released a new album, "Hell Comes To Your Heart," which was released by Mondo Media/Cobraside.