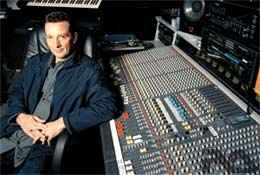 Real Name:
Mark James
Profile:
DJ, producer and promoter from Melbourne, Australia.
James has been a key part of the development of the underground dance culture in Melbourne since it's infancy in the late 80's. Responsible for the club night "Pure" which ran from 1991-92 in St Kilda & Carlton. At that time he produced tracks with Carl Cox under the alias "Eternal", which included Eternal and Mind Odyssey.
He went on to become a successful event organiser in Australia teaming up with others to stage such NYE events as Two Tribes, and eventually was instrumental in the birth of the "Summadayze" music festival, held every year on New Years Day in the Botanical Gardens right in the heart of Melbourne.
Sites:
YouTube, Facebook, residentadvisor.net
In Groups:
Bass Culture, Blade (5), Emkay, Eternal, Eternal Rhythm, James & Truman
Variations:
Viewing All | Mark James
45 King, James, M James, M. James