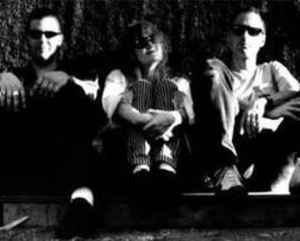 Profile:
Auntie Christ was an American punk rock band from the late nineties consisting of Exene Cervenka on vocals and guitar, Matt Freeman on bass and D.J. Bonebrake on drums, they recorded one record and played an handful of shows.

The group was formed in 1996 due to Exene insatisfaction with her group X musical direction, she felt the group had strayed away from their punk roots and wished to return to them, but her bandmate John Doe was not interested, so she decided to form a new band with her other bandmate D.J. Bonebrake and they were later joined by Rancid bass player Matt Freeman, who was a big fan of X. The christening of the band is courtesy of Lydia Lunch, who had dubbed Cervenkova "Auntie Christ" during a spoken-word tour the two had done together.

The group released their only record "Life Could Be A Dream" in 1997 via Lookout! Records, recorded early that year, after the album release Freeman was unable to tour with group due to his commitments with his band Rancid and was replaced by Janis Tanaka from Stone Fox, the band disbanded shortly after.

In 2018 after almost 20 years had passed since the group last performance, the original trio (plus Rob Milucky on guitar) reunited for a concert at Marty's On Newport on the 13th of August.
Sites:
Wikipedia
Members:
Christine Cervenka, D.J. Bonebrake, Matt Freeman (2)