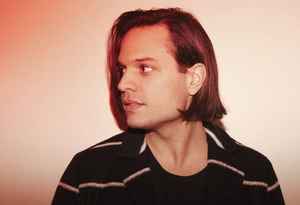 Real Name:
Αργύριος Θεοφίλης (Argyris Theofilis)
Profile:
Greek producer and DJ with a unique personality and talent who managed to establish a solid name in the international scene since his debut album in 2005.
Argyris was born in Greek island Rhodes in 1985. After having finished high school, he decided to move to London, in 2004, in order to make his studies. Since his very first EP in 2005, Argy made an impressive new entry into the upper ranks of electronic music scene with the massive hit "Love Dose" on Poker Flat Recordings.
Since then, things got in a row for Argy, who has released eclectic and innovative sounded EPs on respected labels, like Cocoon Recordings & Objektivity, as well as unique remixes on several labels like Ibadan & Defected.
In the beginning of 2009, the Greek producer, currently based in Berlin, founded his own label These Days.
Sites:
Facebook, MySpace, s-e-n.ws
Aliases:
Argyris Theofilis, Jobim's Cousin, Zodiac Free Arts Club
Variations:
Viewing All | Argy
Argy's, Argys