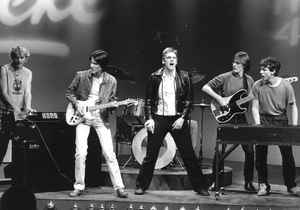 Profile:
Het Goede Doel (English: The Good Cause) is a Dutch pop-group fronted by Henk Westbroek and Henk Temming as founding members.

In 1982 they had their breakthrough hit with "België (Is er leven op Pluto?)"; they released an English version (Luxemburg) in 1985, naming themselves The Good Cause.