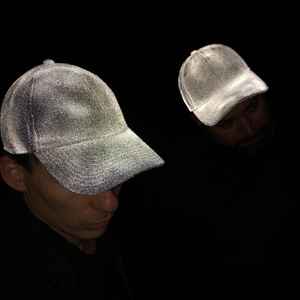 December 20, 2019
Cutting edge stuff, I'm sure the artist name emulates white noise, at any rate these guys are the freshest stuff even 6 years on
Reply Notify me 1 Helpful

June 23, 2017
They ARE brilliant, brilliant on a Sandwell district scale. But like so many brilliant acts (rrose, huerco s or chino amobi are a few that come to mind), they dutifully cater to the retro hipster crowd of how vinyl and cassette are SO cool, aren't they? Well, I was a fanatical devotee of adventurous and challenging music before hipsters and above mentioned artists were born (including shxcetc...). I AM THAT OLD. And I remember how cassettes and vinyl were frustrating - even if you could afford a great stereo (I never could). And since earphones are a no-no for me (ear loss...), cd's on my crappy stereo are the only way to go. Of course I could burn cd-r's, but I love the art object as a whole -I'm old...
Reply  See 2 replies Notify me 8 Helpful

April 26, 2016
This act had churned out some of the most elaborate, intricate, interesting and courageous techno I have heard in this millennium. Adventurous sound design, absolutely staggering production vaults, flawlessly executed tracks that are torn between ruthless dance floor material and involving, multi layered electronic compositions that are far out there. Seemingly impossible to run out of ideas, this duo has not missed a step as far as I am concerned. I've bought on sight everything they have released up to date, and it's all in a class of its own.

The sound is harsh and dim, perhaps reflecting the cold Scandinavian environment they come from, perhaps it's just an artistic expression. Despite of that, their productions exude confidence, finesse and sophistication that maybe a handful other projects can match. Whether it's ambient, hard techno or just experimentation with sounds, that are hard to pigeonhole, everything they touch is coated in thick blankets of creativity, innovative approach to production and self confidence that enables this magnificent duo to break conventional techno patterns, and think outside of the box.

Their approach to studio work is meticulous. Each and every one of their tracks works on its own as much as it has the club shredding potential. It's as suitable for demanding minds as it is for hungry feet. Their opus, while firmly rooted in the techno spectrum, is galaxies away from dance culture functionalism. It's very hard hitting techno with contours of ambient, IDM, industrial and a dose of unique authenticity. Just look at their track titles. Confusion, chaos and brilliance even on the visual level. I really cannot praise this act enough. Not only that, I am seriously interested in seeing where they take their sound next. For seasoned techno listeners, this is one stop you cannot afford to miss.
Reply  See 1 reply Notify me 10 Helpful