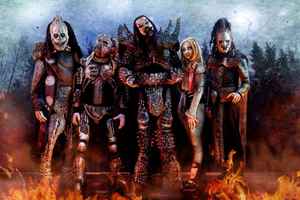 Profile:
Finnish Hard Rock/Heavy Metal band, formed in 1992. Rose to success in 2002 with their single "Would You Love a Monsterman?". Winner of the 2006 Eurovision Song Contest with their song 'Hard Rock Hallelujah', in turn becoming to-date Finland's only winner and whose winning song is the only one from the Hard Rock / Heavy Metal genre.