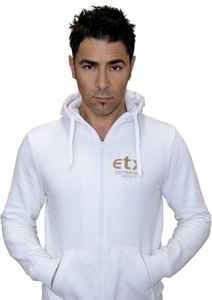 Real Name:
Massimo Briganti
Profile:
Born in Lecce, Gallipoli, in Italy. Ever since he was young, he was interested in everything that has to deal with music. You could find him often at parties and in bars. But he was more interested in the art of mixing that he saw at the people behind the turntable. His curiosity was especially keen in the field op hiphop. This curiosity became passion and Max began to learn the art of mixing.

His first gigs were at school and private parties. There he met some people who would be very important for his career. He showed his skills at many competitions, including the DMC competitions in which he finished the 2nd and 3th place!

Some time later he got his first contract at TBA AG. There he made his first CD en many important bookings and interviews followed. He decided to make singles and videoclips and this made him more and more popular.

Scratching with every part of his body and making a fantastic show throughout his sets, he brings DJ-ing to a higher level.
Max B Grant has a very limited availability as he plays all over Europe.
Sites:
maxbgrant.ch, etx.ch
Aliases:
DJ Snowstorm, Massimo Briganti, Max Robbers, Scoopy (3)
Variations:
Viewing All | Max B. Grant
DJ Max B. Grant, DJ Max b. Grant, Goliath, M. Grant, MBG, Max, Max B Grant, Max B.Grant, Max Grant, Max.b.grant, Maxx B Grandt, Max B Grant, Mbg