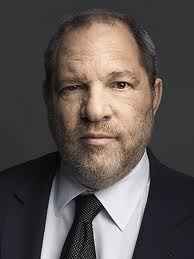 In October 2017, The New York Times and The New Yorker reported that dozens of women accused Weinstein of sexual abuse over a period of at least 30 years. More than 80 women in the film industry have subsequently accused Weinstein of such acts. Weinstein denied "any non-consensual sex". Shortly after these reports, Weinstein was dismissed by The Weinstein Company, expelled from the Academy of Motion Picture Arts and Sciences and other professional associations, and disappeared from public view. Criminal investigations into complaints from at least six women are ongoing in Los Angeles, New York City, and London. The scandal triggered many similar allegations against powerful men around the world, and led to the ousting of many of them from their positions. It also led a great number of women to share their own experiences of sexual assault, harassment, or rape on social media under the hashtag #MeToo. The scandal's impact on powerful men in various industries came to be called the "Weinstein effect".
Sites:
Wikipedia