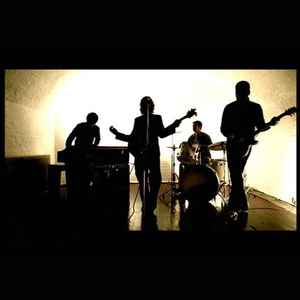 In the beginning there was the Funky Monks. This was to be first band formed by two playgroup chums the young knave Tristan Longworth and Richard Milner after marching through primary school into Carr Hill High School for northerners. As a three piece trying to be the Beatles, the highlight of their illustrious career came in the shape of a community talent show where they finished a credible second behind the other entrant Molly Arkwright’s Dance Troop and their scene from Cats. They bowed out on this high.
Meanwhile, in another part of the school Art Jones was still smarting after the break up of his own band, Move Over Malcolm, which had failed to secure the headline at the School Christmas Disco. Although the three enjoyed a corridor nodding acquaintance it was not until Tristan joined the Carr Hill School Big Band (of which Richard and Art were already a part) that they became mates and started swapping football stickers.
After a couple of years of Mack the Knife and Radetsky March the band embarked on an exchange trip to France. The boys, being by this time senior members, were asked to entertain the kids at the youth hostel in which there were staying - a major success which gave the boys another taste of stardom and Strawberry Pie was born.
Unfortunately, Art being a little older than the others now left for University life in London. This proved to be a difficult situation for the next big thing although they still managed the odd pub gig in Prestons’ finest venues during the holidays but the strain inevitably became too much and Strawberry Pie became confined to the history books.
However, all was not lost. It became time for Tristan and Richard to get out the UCAS book and choose their own places of study. Richard got in at Salford and Tristan was allowed to make up the numbers at London Guildhall University. With both Art and Tristan now in the Capital, they were eager to recapture the magic and when Art secured them a gig at the 100 Club it was time to get serious (and a drummer). Fortunately, Tristan had met the very man. Euan Patterson was recruited and Pleasure Beach was now complete.
Sites:
modspeedproduction.blogspot.com
Members:
Art Jones, Euan Patterson, Richard Milner, Tristan Longworth
Variations:
Viewing All | Pleasure Beach
Pleasure Beech, Pleasurebeach