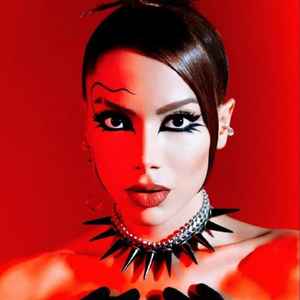 Real Name:
Larissa de Macedo Machado
Profile:
Larissa de Macedo Machado (born March 30, 1993), known by her stage name Anitta is a Brazilian singer, songwriter, actress, dancer and record producer. Anitta is managed by John Shahidi of Shots Studios, a US based company backed by Justin Bieber. Anitta began singing at age 8 in a choir from a Catholic church in the Honório Gurgel neighborhood in Rio de Janeiro. At the age of 16, she attended a technical school and was called to work at Vale. In 2010, after posting a video on YouTube, Renato Azevedo (Batutinha DJ), then producer of the independent record company Furacão 2000, called her to sign a contract with the label. Due to the success of the song "Meiga e Abusada" in 2012, she signed a contract with Warner Music Brasil the following year. Currently, it is one of the best and most successful singers of Brazil.
Sites:
anitta.com.br, Twitter, instagram.com, Facebook, Wikipedia
Aliases:
Larissa Machado