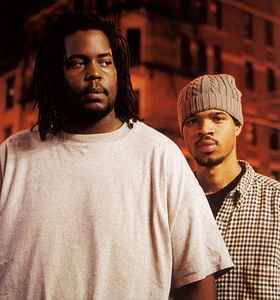 Profile:
CAN*NI*BAL (noun): one that eats the flesh of its own kind

Cannibal Ox, a pair of MC's that devour their own kind with words as sharp as blades

Cannibal Ox is getting intense responses from heads and journalists alike...saying that it is hip hop that is street, reality based and lyricaly advanced at the same time ... delivered with a sincerity, intelligence and skill level that may have never been heard in this way.
Sites:
cannibalox.com, Facebook, YouTube, Wikipedia, Twitter
Aliases:
Cypher Unknown
Members:
Shamar Gardner, Theodore Arrington
Variations:
Viewing All | Cannibal Ox
Can Ox, Canibal Ox, Canniabl OX, Ox