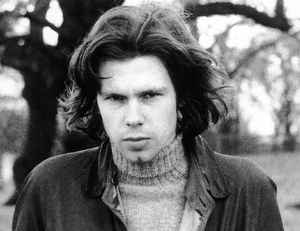 November 27, 2019
While I do like Nick Drake’s gentle, lilting folk rhythms and soft, melodic world-weary voice I think that it is just a great shame, that he is not around any more, as I think he would sound really good, on a party rocking EDM collaboration with The Chainsmokers. It would be a number one record!!
Reply Notify me 10 Helpful

December 20, 2018
It's incorrect to state that no-one was aware of Drake in the 1980's. It's just that his posthumous fame has burgeoned steadily, and with constant digital reissue ever since, it's grown to far more vast proportion since. However, anyone with more than a slight interest in the general era/area of music making was aware of Drake in the 80's. The vast majority of his far larger audience now will likely never hear, nor likely ever develop an interest in Michael Chapman, or John Martyn, Roy Harper, Mandy More, Vashti Bunyan, or any number of post-modern late 60's troubadours.
Reply Notify me 5 Helpful

March 20, 2018
I didn't equate monetary value to musical quality at all, I wondered about the source of your deep seated feelings of resentment at Drake's current popularity and apparent disdain for those who get pleasure from listening to his music. To me it smacks of someone with an axe to grind for some reason and I wondered if you had perhaps sold off your pink Island first press of his first LP in 1983 for a quid, or swapped it for an altered images LP, and it eats away at you to the point you feel the need to rant about how utterly vacuuous his music is and the people who like it are. It was just a theory.

Judging from your comments, I am probably around the same age as you and have probably followed a similar musical path, through the furthest backwaters of obscure 60s/70s music. There were many people who were teens in the 80s who followed a similar course and very often they developed into people who could only enjoy music if it was obscure and not well known. Again, I wonder if this may be the cause of your vitriol against Drake, with Shawaddywaddy and Altered Images chucked in to throw people off the scent. My memory is different to yours and very few knew about Drake in the 80s/90s, his LPs were only still in print because that was a condition of Joe Boyd selling Witchseason to Island at the time, not because they were ever selling anything. Drake has been stolen away from the 'elite' and is genuinely popular with his music on adverts, in coffee shops and on your mum's CD player. All I can say is the artists you feel are more weighty and talented than Drake I am very familiar with and I don't agree. Michael Chapman's It Didn't Work Out is great, but the rest is pretty lame in my opinion. I suppose that is taste and there is no right or wrong, it is entirely subjective. Perhaps you should go back and listen again? Maybe it will click for you on the thousandth listen?
Reply  See 1 reply Notify me 8 Helpful

March 13, 2018
reply to rhubarbrhubarbs comment- you misinterpreted why ive listened to drakes lps many times, which ive done only to see if im missing something, ditto other bands that i do not connect with eg queen, xtc, and to some extent david bowie, all of whom i like, but find their lps inconsistent and jarring to listen to (except "low"), my comments on drake are what i genuinely think about his music, and a small effort to redress the balance somewhat, as i think his current status is out of proportion to his music, and is the product of fashion rather than objectivity. eg drake was never forgotten or truly obscure, that notion is merely hype and mythmaking. his lps went through repressings, whereas genuinely obscure artists like mandy more or even vashti bunyan up to her mass rediscovery, were never repressed and were genuinely forgotten. overall his music seems weak. the only other comment on drake here begins by stating that he was quote "possibly the greatest folk musician who ever lived" which is surely written by someone who has not heard much folk and, no offence, nonsense...ie surely drake is more of a singer songrwriter albeit with an acoustic folky angle. in tnat respect pentangle, as original folk orientated artists blow his music away. there should be no sense of quote "anger" in my comments, i had 30 minutes to kill in -14 in eastern europe, hence the "review". its also strange that rhubarbrhubarb equates monetary collector value with musical quality, i love eg altered images £2.50p lps as much as dr z and the cash value of lps should not influence ones estimation of musical merit. if michael chapman had blown his brains out after releasing "fully qualified survivor" that lp would perhaps be more generally considered a masterpiece, its a lot more interesting than drakes rather mundane tunes. in the "review" i attempted to cover all aspects of what i honestly think, as a music fan, is mediocre about his music because i have never read a negative criticism of drakes music since he became the poster boy of emo-pop fans. yet as a teenager in the mid eighties nearly everyone i knew was familiar with his lps and thought they were either wishy-washy, rubbish, or just not that interesting...so the current scenario is puzzling, as if everyone suddenly revered Showaddywaddy...arguably the better artists. 8am no sleep for 48hrs, Anti-Drake Revolutionary Faction, Moldova.
Reply  See 3 replies Notify me 1 Helpful

given the religious adoration of nick drake i hope his fans will not react too fervently to the following radical difference of opinion. to give this context im open minded about music, owned tens of thousands of lps and listened to huge amounts of music from all over the world, punk, prog, reggae, anything. and i dont like nick drake, and do not understand his popularity. it seems he is an example of retrospective myth making, and has become the acceptable side of the underground, easy for the middlebrow non-music fans to like and buy into. his music is suitably inoffensive. it drifts by with light guitar playing and whispery vocals, like a slightly jaded young clergyman. it has no power, it is the manifest sound of defeat. the mythos around him is pure wishful thinking and projection. the oft repeated story that he dropped off the master tapes of pink moon at his label and was not recognised is upon closer thought not really a reason for deification. a secretary didnt recognise him, would she have recognised the bass player from gnidrolog, the monochrome set, or elp??? probably not. drake was unhappy and died. so are lots of people, so does everyone. comparisons are perhaps silly, but i cant help think of sandy denny. if i listen to next time around by denny, i hear an extraordinary depth of emotional expression, of grappling with difficulties, of poetic phrasing, elegant and uplifting melodies, of deep sadness, and attempts to understand and crystallise thoughts and moods, in an ultimately beautiful and profound song. denny fell downstairs and died later, slightly mundane, no rock cliche drug od, no hint of glamorous suicide. was nick drake the misunderstood and ignored genius? the ultimate outsider? his lps sold. when i was younger in the 80s he was still well known. the aura created around him is false myth. daily telegraph glamorisation. on his second lp he presumably allowed the production to be awash with strings. it smacks of a label trying to increase sales. in fact did he want to be don maclean? in itself a string laden lp is a commercial cliche. im thus sceptical of him being an idiosyncratic individualist. he allowed that to happen, and posed for contrived cover shots, why? i find his music extremely weak. his vocals are oddly akin to the embarrasing demo tapes i used to receive when running a record label. people who desperately wanted to be stars, singing nervously onto tape in their bedrooms, sadly without talent. drake did have talent, but ultimately what i frankly hate about his music is the aforementioned sense of defeat in it. in fact i think thats why he is popular, because at this point in time, people are lost, disconnected from instinct and nature, and defeated. they associate with drakes uselessness. his music does not uplift, it validates submission. this idea also connects with the so called outsider status, as the entire interest in outsider art is surely because the lack of actual talent in the form makes it easy for untalented non artists to associate with, eg a felt pen scribble by an imbecile masquerading as an artist looks a lot like what anyone lacking technical skill can produce, again it validates non talent as art in a society that worships artists as replacements for gods. this part is self analysis- on a hormonal level it seems lots of women like drake, i think they want to mother him. he sounds like something defeated, giving up, dying. how sweet. non-threatening. as a heterosexual bloke that effeminacy is slightly disturbing and very unattractive. al stewart also has a slightly girly delivery, but hes brilliant, witty, intelligent, and wrote masterful songs. denny, martyn, jansch, renbourn, kate bush, i mean...think of mandy mores astonishing 'but that is me' lp, its genuinely obscure, didnt sell, its a masterpiece of artistic expression, in comparison drake is like a weak cup of tea thats unattractively luke warm. for a unique and slightly forgotten folk lp how about the difficult masterpiece that is carolanne peggs solo lp? george michaels 'older' is a more profound exploration of human misery than drakes pink moon. in closing, ive repeatedly listened to drake over decades to try to find any merit, there may be merit, but the defectiveness of his persona and his message overwhelms anything worthy of admiration. i very rarely dislike anything to the extent i dislike drake, and remain shocked at the praise he receives. to me he is the great false idol of popular music, consumer packaged for the masses, ready to be played by tom cruise in a hollywood atrocity as if el cid, wept at by idiots, if anyone else thinks like this pls post here as i wonder if, though correct, im entirely isolated in my opinion. nick drake fans still reading please go and listen to michael chapmans fully qualified survivor. i humbly beleive that the average nick drake fans lp collection consists of nick drake, beyonce and coldplay.

October 8, 2012
Possibly the greatest folk musician who ever lived

In Nick Drake's short life, he has made 3 albums, 31 songs (and that's not including bootlegs or posthumous releases), and toms of still photographs. He has suffered from depression a d insomnia almost all of his life, he has rarely performed live, and the only know footage of him is when he was a baby.

Nick has never made not one bad song. His featherlight voice, unique guitar-picking, and melancholy lyrics reminiscent of William Blake and John Keats rather than shantys and singalongs like most other folk artists do, truly are "a troubled cure for a troubled mind" and "a way to blue"...
Reply Notify me 14 Helpful