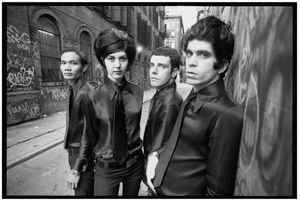 This band was formed out of the ashes of The Nation Of Ulysses which was the former band of Ian, James, and Steve...They were later joined by bassist Michelle and that is how The Make-Up was born.