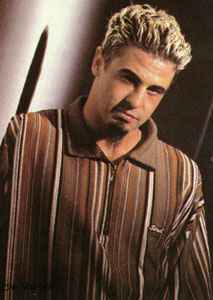 Growing up in the Bakersfield area, David Silveria started playing drums when he was nine. At the age of 13, he found out that local band L.A.P.D. (4) was searching for a drummer. He auditioned and was chosen, but needed permission from his mother to go with the band. Later on L.A.P.D. changed to Korn after some shifting in band members.

Went on hiatus from Korn as of 2006. Has not been on any album since the MTV Unplugged album. The official statement was that he was on a break to be with his family and to further pursue his entrepreneurial ventures. In 2009, after 3 years of absence Korn hired a new permanent drummer, Ray Luzier. Silveria has expressed himself negatively about Korn on several occasions. In 2013 Brian Welch rejoined Korn after an absence of 8 years. Silveria wanted to rejoin but was refused by his former bandmates. After Korn David had alledgedly not played drums for 6 years (2006-2012).