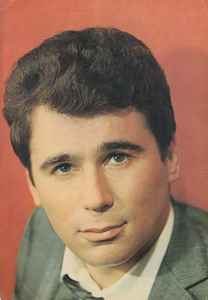 His father was an opera singer and his mother a piano teacher. He began his career as a songwriter in the early 1950's. He debuted as a singer in 1955, on the stage of Lapin Agile, Montmartre Cabaret. His debut recording was released in 1959, with very minor success, despite a tour with Dalida. In 1962, a jazz influenced collaboration with Michel Legrand becomes his breakthrough success, both commercial and critical. In 1964 he teamed up with Baden Powell, the first of a long term relationship incorporating Brazilian sounds and musicians. In the mid-1980's he was dropped by his record company Barclay due to disappointing record sales. He then moved to New York City, where he recorded a funk-tinged album, "Nougayork", a massive seller and award winning album that brought him to the attention of a whole new audience. After this New York experience, he returned to his jazz roots, to which he incorporated some world music elements collaborating with Didier Lockwood or Ray Lema.

He died on March 4, 2004, and his ashes were scattered on the Garonne river in his Toulouse hometown. Later in 2004, Blue Note released a collection of his last recordings titled "La Note Bleue".