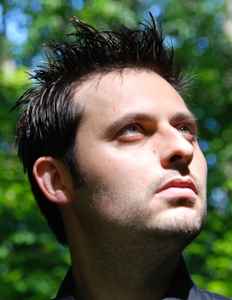 Real Name:
Romolo di Prisco
Profile:
Rom Di Prisco is a classically trained composer, producer, and remixer who has been creating music for video games, TV, and film for over 20 years.

An experienced sound designer, and mastering engineer, Rom has contributed sound design and audio mastering to a large percentage of the titles he has worked on over the last 20 years. Additionally, one of Rom's specialties is adaptive and interactive music for video games, and he has helped develop adaptive music systems for many of today's leading game developers.

Producing music for over 25 years, Rom has had releases and appearances on over 30 record labels worldwide, including prestigious electronic labels Bedrock, Nettwerk, Planet Dog, and Hook / Bellboy. He has produced remixes for artists such as Christopher Lawrence, Skinny Puppy, Richard Vission, Cirrus, The Postmarks, Powerplant, Unit:187, Econoline Crush, and Red Flag.

Some of his television and film credits include: NCIS, Criminal Minds, Saw II, The Sopranos, America's Next Top Model, and The Young and the Restless. Rom's music has also been used by networks such as Animal Planet, Discovery Channel, Food Network, A&E, MTV, Sci Fi Channel, and National Geographic Channel.

Both a hardcore and retro gamer, when not working on music, Rom enjoys adding to his collection of video game paraphernalia. His treasure trove includes over 30 game consoles and hundreds of games, spanning from the late 70s up to all the newest releases.

February 20, 2010
Romolo di Prisco, better known as Rom di Prisco, is one of the most prominent electronic audio producers the world has to offer. As a professional DJ and Label owner myself, I have listened to thousands of records from all over the world, and yet I have not listened something that comes close to the work Rom has developed. His skills are limitless, his quality, unsurpassable. This guy is absolutely awesome.
Reply Notify me 8 Helpful