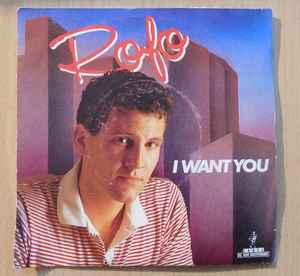 Profile:
in 1982 Ronny Verrept & Fonny De Wulf produced their first songs “(Watch Out) Here They Come” and “Flashlight On A Disconight” in their own 8 track Studio.
Fonny played all instruments, Ronny provided it and Peter was responsible for the vocals..
“Flashlight” was presented for the annual Midem in Cannes in january 1983. The success followed the worlwide release, but after the release Peter and Ronny left the Band.
After the departure of Peter, Rofo searched for a new vocalist and they found John Sauli.
In 1985 Rofo offered “I Want You” and in 1986 “Beach Love”, which was composed and produced by Rob van Eijk and Michiel van der Kuy. After this there comes the Rofo Album with a few new songs “Rofo´s Theme”, “Tonight Is The Night”, “Quanto Cuesta” and the “Rofo Megamix”, mixed by Peter Vriends. The last song i know is “Rofo´s Theme 2“.
Sites:
spacesynth.de, Wikipedia, Wikipedia
Members:
Fonny De Wulf, John Sauli, Peter Vriends, Ray Muylle, Ronny Verept