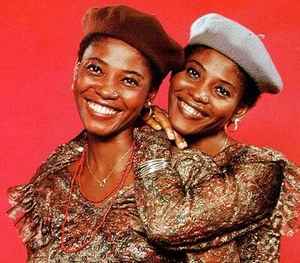 Real Name:
The Lijadu Sisters
Profile:
The Lijadu Sisters were a Nigerian singing duo consisting of identical twins Kehinde Lijadu (died 9 November 2019) and Taiwo Lijadu , who combined the genres of Afrobeat, funk, reggae, disco and Memphis soul. They were active from the mid-1960s to the early 1980s.

Twins Taiwo and Kehinde were born in Jos, in northern Nigeria, on October 22, 1948. In Yoruba, ”Taiwo” means "the first twin to taste the world”, and ”Kehinde” "the second-born of the twins”, “the chaperone” or “the one who comes after Taiwo”. Though Taiwo is the firstborn, it is believed that Kehinde is the elder twin, sending Taiwo into the world first to determine if it is time to be born. The names are given to both boys and girls.

One of the most popular acts in the Nigerian music scene of the 1970s, The Lijadu Sisters produced a handful of albums showcasing their tight harmonies and inventive incorporation of synthesizers and modern pop forms into funky Afro-beat grooves. Beginning as backing vocalists for studio sessions, the sisters eventually released a single in 1968 under their own name titled Iya Mi Jowo. In 1971, still working as session singers, the sisters met Cream/Africa 70 drummer Ginger Baker, and performed with Baker's band Salt at the 1972 Munich Olympic Games.