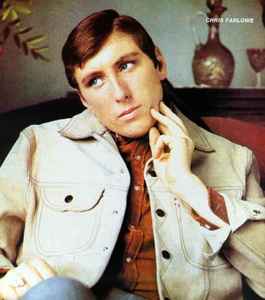 Real Name:
John Henry Deighton
Profile:
Chris Farlowe (born Islington, London, England, 13.Oct.1940) is is one of the great underrated British soul & blues influenced singers.
Farlowe's musical career has one starting point in the John Henry Skiffle Group and other similar bands. In 1962 the first single "Air Travel" was released without much success. Around 1963 or 1964 'The Thunderbirds' were formed and the band included the great guitarist Albert Lee and keyboardist Dave Greenslade. The band recorded five singles on the UK EMI subsidiary Columbia, but none made any impact on the charts. The singer was generally believed to be black.
Success came only after a move to the Immediate label. The label was started by The Rolling Stones' manager Andrew Loog Oldham. Accordingly Farlowe got to record a lot of Jagger/Richards compositions and some of his records were produced by Mick Jagger. Out of 11 singles five had covers of the Rolling Stones' songs on them.
The third single released on Immediate label "Out Of Time" made it to the top.
Sites:
web.archive.org, Wikipedia, 45-rpm.org.uk, chrisfarlowethefilm.com
Aliases:
John Deighton, Little Joe Cook (2)
In Groups:
Atomic Rooster, Chris Farlowe & The Thunderbirds, Colosseum, The Beazers, The Chris Farlowe Band
Variations:
Viewing All | Chris Farlowe
C. Farlowe, C.F., Ch. Farlowe, Chris, Chris - Farlowe, Chris Farlow, Chriss Farlowe, Farlow, Farlowe, クリス・ファーロー