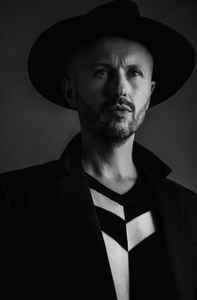 Used to love his quirky idiosyncratic stylings. Raiding the film, TV and old record archives... but since 2008 he has gone for a more serious heavy-ladened Hip-Hop / R&B sound. This probably is what he personally needs to do. Gain some musical 'euro-cool' respect etc... Yet I miss the more distinctive playful eclectic sounds he was making mid-noughties. He does still manage to squeeze in some fun here and there... Well worth a listen.