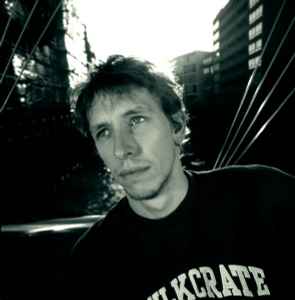 He began recording on the advice of his friend, Nico Sykes, using just a computer and a Roland S760. In 1994 he released on Sykes' Saigon label, and received much airtime from the influential D.J., Grooverider. By the time he started recording for Moving Shadow in 1996, he had built a professional standard recording studio, and had become prominent in the 'drum and bass' scene.

In 2005 he established Dom & Roland Productions, to facilitate the release of his own material, and any of his collaborations.

May 8, 2016
One of the best D&B producers of all time, its hard to imagine what the drum & bass scene would have turned out to be without him in it.
Reply  See 1 reply Notify me 8 Helpful

Not much to say really. Just listen!

Dom sits at the top table of the scene, a D&B Don of which there are very few. I don't how he does it, or where draws on the ideas a true sound genius and production master. Only god knows what the scene would be without him. Salute!!! The man just has it, he had it from the start listen to his first few releases. Rob Playford used to call him the dark man, Goldie also calls him the dark lord! He has that but he has a lot more substance too. No 2 on my all time producers list simply because he came after Rob Haigh. A true genius ... and multi talented producer, its a pleasure to listen to his music.

August 3, 2012
Such beastly releases! His amens are just so heavyweight, especially when played out through a pair of funktion ones. The bass on deckards theme is pure genius. This man also has a quality taste in films judging by his well chosen samples. Long live Dom and Roland.
Reply  See 1 reply Notify me 3 Helpful

Dom is truly a legend in drum & bass and the producer of many timeless classics. Each release is a testament to deep and dark sounds and top of the range mix downs. He also invented the 'Tramen' break which has become synonomous with drum and bass, and used by producers such as Trace & Ray keith. Check out his debut album 'Industry' for haunting drum & bass and the timeless classic 'Mechanics' on 31 records.

Dom is due to release a new album which will feature old unreleased tune's, this guy is a true drum & bass hero. Check out 'Tajitsu' which is a collab with 'Noisia' so you know why i praise this guy so much!