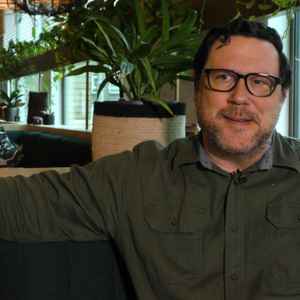 His musical career is marked by periods of close collaboration with various musicians. Until about "I break chairs" his work was closely linked to Pedro The Lion and David Bazan. From then until "Caught In The Trees", Eric Fischer became his companion as a musician and producer. The most significant change in sound came when he met the late Richard Swift (2), with whom he collaborated from "St. Bartlett" to "Visions Of Us On The Land."Since "The Horizon Just Laughed" Josh Gordon has been his new musical partner.

Other frequent contributors were the members of Gathered In Song, Rosie Thomas and Casey Foubert.