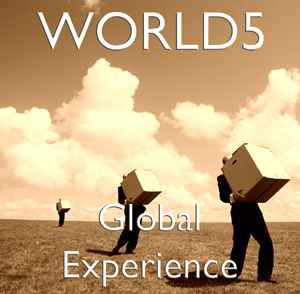 WORLD5 started with five close friends who were professional musicians.
Although life and personal projects put them in different locations around the globe, they kept alive the desires of making music together. Realizing that very long distances separate them physically but not musically, they used the power of the World Wide Web to shorten the physical distance. They recorded their first album "Global Experience" over 3 continents together, founding members were Raimund Breitfeld, Steffen Goeres, Don Bruner, Stephan Goessl and Roland Childs.

2017- WORLD5, in its 3rd incarnation, has a new line up. Joining Rai, Steffen, and Joe are 2 accomplished journeymen. British singer/songwriter and multi instrumentalist, Sam Stevens and Swedish bass player, Jimmy Olsson.
Sam has been a successful songwriter, performer, and session guitarist in the European music scene, working with a number of artists and studios across Europe. Among those clients is pop impresario, Simon Napier Bell.
Jimmy has performed with some of the most popular groups in Sweden, such as Nynningen, Nationalteatern and Björn Afzelius Band. The band is currently working on Album Number 3.