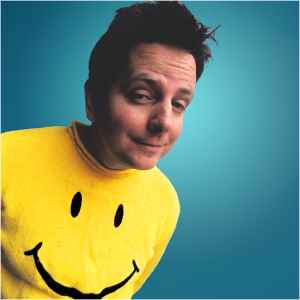 Real Name:
Woody McBride
Profile:
DJ, producer and event promoter from Bismarck, North Dakota. He moved to Minneapolis in 1988 and began his career at the legendary First Avenue Nightclub as a protegé to one of USA's most influential club and radio DJ/Personalities Kevin Cole. Simultaneously, Woody befriended pioneer Freddy Fresh and thanks to Fresh's studio tips he launched his music production career on labels such as EX, Labworks and Adam & Eve. McBride went on to define his own 303 music sound and host some of midwest america's most epic underground electronic music events. After seeing the band open for him in 1995 at Rex Club Paris, he then brought Daft Punk to the USA in 1996 for the first time with his label mate and co-promoter Kurt Eckes, of Drop Bass Network. McBride and Eckes started Drop Bass Network records and defined the midwest american techno sound with vinyl release and the Furthur event series until McBride headed out on his own as founder of Communiqué Records USA and took a break from events. Communiqué brought hundred of artists and tracks to the surface and is considered an essential record label in the history of electronic music. McBride is famous for his tracks on the BasketBall Heroes eps #1 & #2, the Rattlesnake ep, Everything Under The Sun and many more. His music has received the praise of techno greats such as Dave Clarke, Frankie Bones, Daft Punk and countless others. He currently produces great techno, performs worldwide, occasionally promotes events, has a lovely family and preaches the word of peace, love, unity and respect. (2016).

May 30, 2010
One of the pioneers in the american acid techno sound of the early nineties. His releases on Drop Bass Network are all legendary and shows his diversity - some of the nastiest hardcore you'll ever find mixed with 303 acid and long flowing trancey tunes - top notch no matter what style! Amazing.