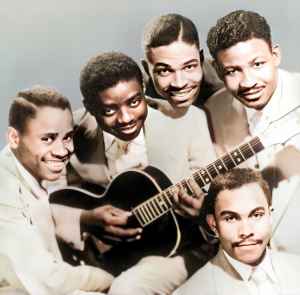 Profile:
Doo-wop - rhythm 'n' blues vocal ensemble
Formed in Washington, D.C., in 1946 with constantly changing line-up. After their first single at Rainbow Records (10), their manager Louis Krefetz brought them to Atlantic in February 1951. There were several incarnations of the group by one or the other of the starting formation. In 1989 they received the Rhythm and Blues Foundation Pioneer Award. In 1991 they were inducted in the United in Group Harmony (UGHA) Hall of Fame. In 2002 they were inducted into The Vocal Group Hall of Fame. In 2003 The Clovers were inducted into The Doo Wop Hall of Fame