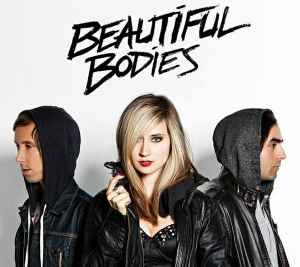 Profile:
Beautiful Bodies developed as a band while the members resided in different countries. Alicia Solombrino and Luis Arana were based out of Kansas City, Missouri, while Thomas Becker (3), a Harvard educated human rights lawyer (and Kansas City native), was living in Bolivia, suing the former president for the massacre of protesters. The three began demoing music, sending tracks back and forth via email when one of the songs they recorded, "You're a Risk," was picked up by a local alternative rock station and then spread to other regional college and alternative stations, garnering label attention for the band. Beautiful Bodies won Ernie Ball's 2013 Battle of the Bands for Warped Tour, beating out 32,000 bands. On May 21, 2014, the band made public that they had signed to Epitaph, and their label debut would come the following year. On December 31, 2016, Solombrino stated that the group had disbanded and the members would continue working on separate projects.