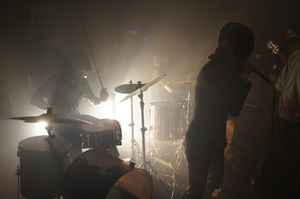 They expanded their line-up with another drummer in 2002 making it dual-bass & dual-drums, then pared it back down to one drummer in 2017.

Still in the Bay Area today, they are now a four-piece consisting of Mike, Tissue, Matt, & Jay.