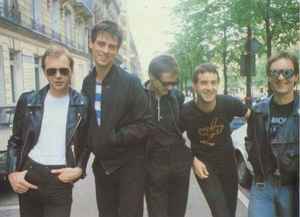 Profile:
The Angels is an innovative Australian rock band that formed in Adelaide, Australia in 1974. The band later relocated from Adelaide to Sydney and enjoyed huge local succes, clocking up hit singles across four decades, including 'No Secrets', 'Marseilles', 'Long Line', 'Mr Damage', 'Let The Night Roll On' and 'Waiting For The Sun'.

July 5, 2019
One of the greatest bands Australia has ever produced! R.I.P. Doc Neeson and Chris Bailey... True legends in Aussie music.
See 2 replies