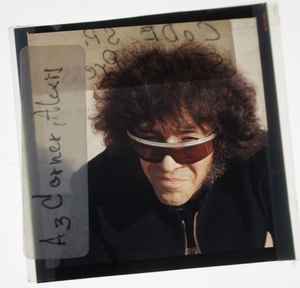 Alexis Korner was a British blues musician and radio broadcaster. He had travelled with his parents through Switzerland and North Africa before settling in London as a 12 year-old. He grew up listening to the early blues pioneers and his music career as a guitarist and singer really began with engagements in Ken Colyer and Chris Barber bands.

In 1956, Korner met Cyril Davies with whom he founded the famed blues club in Ealing and the band Blues Incorporated. Their aim was to play 'real' and uncompromising blues (probably the first 'electric British blues' bands) becoming a platform for the careers of Mick Jagger, Brian Jones (5), Jack Bruce, Charlie Watts, and many others.

Davis left in 1963 and Blues Incorporated disbanded in 1967. The following years saw Korner in many bands, most of them short-lived: Free At Last (2), New Church and Snape. From the late 1960s Korner toured, often as Duo (6) - for instance with Peter Thorup, but mostly with bassist Colin Hodgkinson. By the late 1970s, Korner gained recognition as a radio DJ and broadcaster, continuing to record sporadically with bands such as CCS and Snape. His 50th birthday all-star concert was released as The Party Album. In 1981, he joined the "supergroup" Rocket 88, led by Ian Stewart and based on boogie-woogie keyboard players, which featured a rhythm section comprising Jack Bruce and Charlie Watts, among others, as well as a horn section. Korner died from lung cancer in 1984.

Merzdős number by lehapanin666
Artists for the Future by Milesbeet-hoven1
Free Jazz in Amougies: Research on the Schedule of the Festival Actuel, October 24-28, 1969 by acousticalswing
View More Lists →