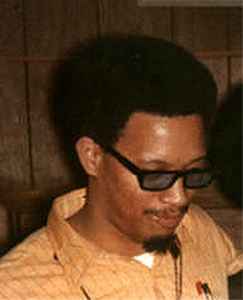 Real Name:
Dale Ossman Warren
Profile:
American record producer, soul music arranger, conductor, songwriter and violinist, born in Detroit on September 27, 1943. Died in February 1994 and was the nephew of Berry Gordy's second wife, Raynoma, often known as "Miss Ray"
Dale Warren (sometimes credited as Dale O. Warren) was a classically trained musician who made his mark as an arranger and conductor in soul music, first in his native Detroit working for various labels (including Motown) and later, much more visibly, at Memphis-based Stax Records. His first notable work for the latter was on Isaac Hayes' version of "Walk on By," and its success and the impact of the resulting album soon made Warren into a mainstay of the company's production department. He subsequently served as an arranger for Billy Eckstine, the Staple Singers, and Albert King, among many others, but his greatest triumph was probably his string arrangement for Hayes' soaring rendition of Jerry Butler's "I Stand Accused," from 1970. Warren's most visible contribution to music came two years after that, at the Wattstax Festival. He was heavily featured as a composer and conductor at the legendary Wattstax concert and on one of the albums and in the movie that followed - he conducted what was billed as the Wattstax '72 Orchestra and also wrote the extended instrumental piece, "Salvation Symphony," that opened the event (a portion of which, eight minutes long, was included on one of the eventual album releases from the event). He also took under his wing a Detroit-based group called the Ditalians and renamed them 24 Carat Black, producing two albums. The first was "Ghetto: Misfortune's Wealth" on Stax. Carrying the master tapes for "Gone: The Promises of Yesterday" (album two) on the road because Stax had shut down. These tapes were reworked love songs from his early days at Shrine Records and Motown. These were not released until after his death. Sad to say, Warren also suffered from various personal problems, including alcoholism -- he was known for showing up at sessions with a supply of gin on hand, and apparently, if all accounts are to be believed, was drunk at some live engagements -- that made him unreliable. Warren earned his first (and only) film credit as a musician, for his work on the scoring of the drama #The Klansman (1974). He returned touring with 24 Carat Black, finishing their second Album without Stax support. Expecting Stax to send the money, he continued the promotion at his own expense. As his money waned his supporters dissolved. Stax shuddered and fell completely. He lived only just long enough to see Ghetto: Misfortune's Wealth turn into a cult favorite, embraced by hip-hop artists of the next generation, and to witness the first phase of the full-scale revival of interest in Stax and its history.
In Groups:
24 Carat Black, Dale Warren & The Wattstax '72 Orchestra
Variations:
Viewing All | Dale Warren
D Warren, D. Warren, D.Warren, Dale O Warren, Dale O. Warren, Dale O. Warren, Ph. D., Dale O. Warren, Ph.D., Dale O. Warren, PhD., Dale Ossman Warren, Del Warren, P. Warren, W. Dale Ossman, Warren