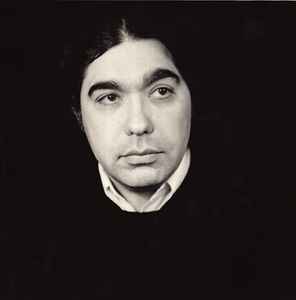 Profile:
Iancu Dumitrescu (born 15 July 1944, Sibiu, Romania) is a Romanian composer, conductor, and musicologist. Between the ages of 7 and 22 he pursued conventional musical studies leading to an M.A. in composition at the National Conservatoire in Bucharest and after that period he became interested in electroacoustic music. In 1976, Dumitrescu founded Hyperion Ensemble. In 1990, with his wife Ana-Maria Avram, he formed the record label Edition Modern.
Sites:
hyperspectral.99k.org, Wikipedia
In Groups:
Hyperion Ensemble
Variations:
Viewing All | Iancu Dumitrescu
Dumitrescu, I. D., I. Dumitrescu, ID

In the realms of the avant-garde (read: serious, weird and innovative classical music) the countries of Eastern Europe have been notorious as burgeoners of the most experimental and creative talents. Probably best known of all is György Ligeti, along with innumerable other Hungarian and Czechoslovakian talents in the realms of electronic music. The composer under discussion here however, hails from Romania and is the creator of some of the most radical and inventive music.
Born in 1944, it's obvious that the political and social climate in Romania had profound influence on his perception of music, and later after studies with one Sergiu Celibidache, he began to experiment with the aesthetics of sound creation, manipulation, and harmonic mutilation. In 1976 he formed the Hyperion Ensemble to realise his works, and also those of other composers like Nicolae Brindus. These early orchestrated works are quite reminiscent of Ligeti's similar dissonant ensemble pieces, often sounding as electronic as orchestral. Intriguing, but only hinting at the radical work to come.
A major step forward in his realisation of truly bombastic sonic disintegration was realised by the co-operation of the experimental bassist Fernando Grillo (also known for an album on the Cramps label), who seems capable of coaxing the most impossible sounds out of his instrument. The work Cogito/Trompe L'oeil is an excellent example of this in a more atmospheric Stockhausen-like manner, whereas Medium III features some of the most awesome brain-numbing sonic effects I've heard. Many of the works from this era came to light via releases on the German Edition RZ label (see reviews in Audion's #10, page 11 and #11, page 29) revealing to the world a sonic creator of unique talent. Other albums of note from this era (the late-80's) are two produced in co-operation with Generations Unlimited (David Prescott's label), NIMBUS/ZENITH being quite different and surprising with one piece for three trombones, percussion and tape, and the other just for percussion, It was very much a return to his earlier works, and then there's also a split LP featuring works by Dumitrescu and Prescott.
As is the case with many composers, the advent of the CD has given Iancu the chance to consolidate his ideas and compile many of his best ideas onto lengthy CD anthologies. Of the three CD's issued thus far, one also contains three excellent works by a pupil of his: Ana-Maria Avram, whose compositional style is every bit as fascinating and innovative (Dumitrescu is featured as pianist on one track) and is certainly a talent to look out for.
As a creator of radical music that breaks convention, riding on the edge of the classical avant-garde onto realms more closely associated with the likes of Nurse With Wound or The Hafler Trio, Iancu Dumitrescu has the talent to lure you in, mystify and startle with unnerving furiousity.