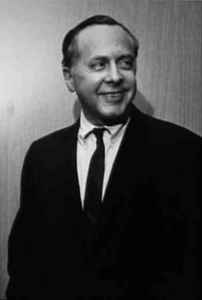 After a career as a commercial photographer in Germany, Wolff emigrated to the United States in 1939. That same year in New York his childhood friend Alfred Lion had co-founded Blue Note Records (with sleeping partner Max Margulis, who soon dropped out of any involvement in the company), and Wolff joined Lion in running the company. During Lion's war service, Wolff worked for Milt Gabler at the Commodore Music Store, and together they maintained the company's catalogue until Lion was discharged.

Until Lion retired in 1967, Wolff concentrated on the financial affairs of the business and only supervised occasional recording sessions produced during his visits to Europe to see surviving members of his family. For the last four years of his life, when Blue Note was no longer an independent label, Wolff shared production responsibilities with pianist and arranger Duke Pearson.