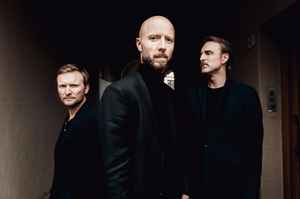 Profile:
Norwegian alternative rock band formed in the town of Stokmarknes in 1993 and has since then gone under several identities and member changes until around 1997 when they permanently changed their name to Madrugada.
Their style can be considered as dark, melancholic and blusey rock, and ever since the instant success of their first release "Industrial Silence", several awards has been won by the band through their career.
The recording of Madrugadas last self titled album was started early summer 2007 in New York. During the recording, their guitarist and main songwriter Robert Burås was found dead in his apartment in July. Despite this tragedy, the remaining 2 members went through finishing the recording of the album. Shortly after the release they issued a statement that they were to split up reasoning that: "as long there is no Robert, there is no Madrugada".
With a replacement guitarist, they went on a last farewell tour in 2008 ending in Oslo Spectrum.
On June 15th, 2018, the band announced on their Facebook page that they had reunited with original drummer Jon Lauvland Pettersen and announced a 2019 European tour.