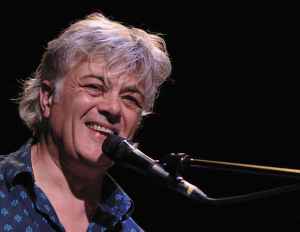 Founding member of Supersister since 1967. When that group was disbanded in 1974 he joined Golden Earring for two years. In 1976 he released a one-off project Stars & Stips and in the same year he was co-founder of Sweet d'Buster. He left that band in 1979 to form the short-lived Transister. In 1981 he joined The Nits, a band he left in 1996 and rejoined in 2003. In 1994 he formed Frits together with comedian Freek de Jonge and his fellow band members of Nits. Since 1981 he released several solo albums and often collaborates with Freek de Jonge since the mid-1990s.