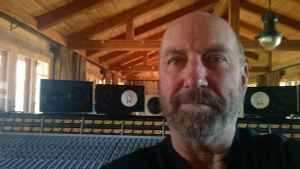 Real Name:
Toby Warren Scott
Profile:
Grammy Award winning American music recording engineer, mixer and record producer, known for his longtime collaboration with Bruce Springsteen. Born in 1948.
In 1976, he broke in professionally as assistant engineer at Clover Studios, Los Angeles, working for Chuck Plotkin, who quickly made him his primary engineer. In 1978, Plotkin started working with Bruce Springsteen, and in 1982, Toby left Clover to become Springsteen's Chief Engineer, a position he would hold for 35 years. After mixing 'The River', he organized transferring 'Nebraska' from a cassette Springsteen had carried in his pocket for three months, to the album released in 1982. He continued on to record 'Born In The U.S.A.', which took 2 1/2 years, and during that time, he became a resident of New York City. Continuing independent projects in New York and Los Angeles, he also recorded many live Springsteen shows on tour. Commencing with the "Tunnel of Love" album, he has worked almost exclusively with Springsteen. Scott parted company with Springsteen in late 2017 to be available for new projects and artists.
He currently works at his own Cabin 6 Studio in Whitefish, Montana.
He won a Grammy Award in 2006 for Best Traditional Folk Album ('Bruce Springsteen - We Shall Overcome - The Seeger Sessions').
Sites:
tobyscottaudio.com, Wikipedia, imdb.com, grammy.com
Variations:
Viewing All | Toby Scott
T. Scott, Tony Scott