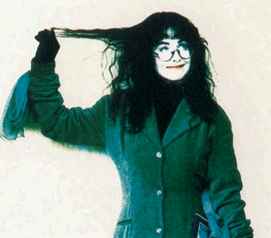 Profile:
Betsy Cook is an American-born singer, songwriter and musician.
Since the late 1970s, she has worked mainly in the United Kingdom and collaborated with various British artists such as Gerry Rafferty, Ray Jackson, Lindisfarne, George Michael, Paul Young, Seal and Marc Almond.
She later became affiliated with the acclaimed producer Trevor Horn and worked on several of his projects in the late 1980s and early 1990s before releasing her own album, The Girl Who Ate Herself, in 1992.
As a songwriter, Cook was nominated for a Grammy Award in 1988 for the song "Telling Me Lies".
Married producer Hugh Murphy in 1980.
Sites:
Wikipedia
In Groups:
Hobokin
Variations:
Viewing All | Betsy Cook
B Cook, B. Cook, B.Cook, Bersy Cooke, Betse Cook, Betsey Cooke, Betsy Cooke, BetsyCooke, Cook