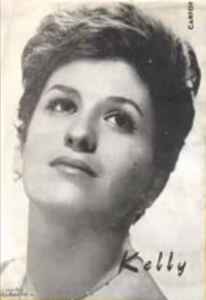 Debuted as a Jazz vocalist in 1956, signing a contract for the CGD record company; recorded the songs "Me piace sta vucchella" and "Quanno me parlano 'e te".
In 1959 she passed to the label Phonotype for various 45s taken from the repertoire of the Naples and Sanremo Festival.
In 1961 she participated in the Maggio Canoro Napoletano festival where she won critical acclaim for the interpretation of "Tramonto a Napoli".
In 1964 she took part in the 12th Festival di Napoli where she played in conjunction with Michele Accidenti the song "Cchiù luntano da luna".
The following year, after the participation in the Barca D'Oro organized by the magazine "L'Eco della Ribalta", she directed her activities abroad, especially North America.
At the end of the 60s she moved to Switzerland where as a regular guest on television shows, she offered a mixed repertoire of ancient Neapolitan ballads and jazz classics.
In 1970 she took part in Piedigrottissima with the song '''A canzone da felicità" based on the repertoire of Ernesto Murolo. She also participated the following year and in 1972.
Subsequently, in 1974, she joined the cast of the television show "La Napoli di Raffaele Viviani", with Marina Pagano.
In the second half of the seventies she played Neapolitan classics and jazz music in nightclubs and small clubs; her repertoire developed to also include blues, Gershwin and "crooner tunes" thanks to her collaboration with the group of Romano Mussolini.
In Groups:
Romano Mussolini E Il Suo Complesso
Variations:
Viewing All | Maria Kelly
Kelly, Maria Kelli